A Walkabout in Dreamtime Ireland with Poet & Philosopher John Moriarty.

Dreamtime Revisited, an award winning film by Dónal Ó Céilleachair and Julius Ziz, is a ‘Walkabout in Dreamtime Ireland’ inspired by the works of Irish writer, poet and philosopher, John Moriarty considered by many “as a major writer, comparable to Yeats, Joyce and Beckett” (Guardian Obituary 2007).

Dreamtime Revisited weaves together contemporary and archive material in a labyrinthine invocation of his “dream-vision” of Ireland; exploring the spiritual and poetic dimensions of its landscape and people.

The film was released theatrically in Ireland in 2012.

Winner of the 2013 Michael Dwyer Award for Outstanding Irish Film

‘Philosopher-poet John Moriarty drank deep from the well of Irish mythology, seeking a new understanding of what it means to be Irish, to be Celtic, to be human. Dreamtime Revisited is a mesmeric kaleidoscope of images from Ireland’s past and present, in a joyous tribute to one of the sharpest minds that Ireland has produced in our time.’’ Michael Gray, Film Critic – Irish Echo, New York

‘A marriage of visuals and words, this is a strange and sensuous experience . . . something otherworldly’ Entertainment.ie

‘A piece of truly original cinema! Not just food for thought but a feast for thought!’ Poet Paul Durcan

‘A magical, hallucinatory feast of wonders. I emerged from the cinema spellbound and soul-bathed’ Mike Scott (The Waterboys)

‘Reawakens a more mystical dimension of Irish experience, one to which the majority of us have become closed off.’ Padraic Killeen – The Examiner

‘This film is not just like a poem, it is a poem; a visual poem’ Poet Tony Curtis

‘Dreamtime Revisited, in presenting John Moriarty in all his clarity and urgency, invokes the power of the mystical, the metaphorical and the magical . . . and offers the beginnings of an opportunity to snatch ourselves back from the edge of the abyss we have constructed’ John Waters, Writer

‘Dreamtime Revisited is a poem … (it) achieves a sense of what John Moriarty would invoke time and time again during his life. I can watch and re-watch this piece and feel the same pleasure as I do from listening and re-listening to a great song.’ Liam Ó Maonlaí, Singer

Book a local screening of this film in Ireland through Access Cinema; http://accesscinema.ie/contact.html

Full Press Kit, Including stills, are downloadable at: http://www.anupictures.com/public.html/drfullpresskit/ 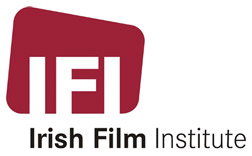