i of k (imitation of kiss)

A collaborative expanded cinema installation inspired by Warhol’s seminal film Kiss (1963);
i, of k is a contemporary exploration of the cinematic situation developed within
an interpretative framework of Warhol’s early films.

i, of k comprises a central dual screen projection of a 52 minute film. The 52 minute film comprises thirteen 3 1/2 minute reels of 16mm film each shot by a NY based documentary, underground or experimental video or film maker, making their own contemporary interpretations inspired by Warhol’s film Kiss from 1963. The central dual screen projection of the film is flanked on either side by video quadrants that document the making of the film and the setting where the film was made.

By integrating the video quadrants in the panorama of i, of k the audience is subjected to documentation of the making of i, of k while simultaneously experiencing the completed film. In the duration of watching the 52 minute expanded cinema work the audience experiences almost 8 hours of ‘real’ time.

This mixed media panorama of the moving image contrasts the historical cinematic quality of silent film with the contemporary and immediate quality of video; confronting the viewer simultaneously with the tensions manifest between the analogue nature of celluloid (cinema) and the digital nature of video (television).

By isolating and re-interpreting the elements that were formally compressed in Warhol’s seminal film Kiss (1963) into a 10-screen projection – i, of k explores the relationships and tensions between film as fiction and film as document, the spontaneous and the rehearsed, between reel time and real time in a mixed media panorama of contemporary kissing practices. 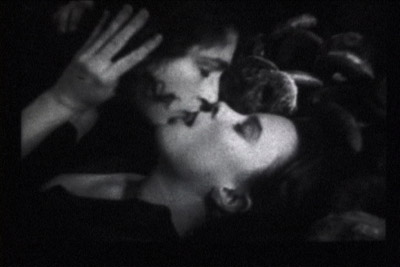 The Collaborative Nature of the Project
For i, of k, film and video makers from different backgrounds were invited to collaborate in the shooting by taking on one scene/camera roll as a personal project and shooting it at the Kiss Factory happening (see below).

The panorama of images included in i, of k are a result of the collaborative contributions of eighteen video and film makers working within, and reacting to, clearly defined parameters set out as an interpretative framework of Warhol’s filmmaking strategies.

The Setting
Kiss Factory was conceived as an evocation of the spirit of the 1960’s pop scene, featuring live bands, D.J.s, a screening of EPI – Exploding Plastic Inevitable, an intermittent screening of Warhol’s Kiss in one part of the space together with a live persistence of images and kaleidoscopic ambient film, slide and cosmic material projections throughout the night by the expanded cinema collective kinoSonik.

The event took place on December 16, 2000 at an underground club on Williamsburg’s south side in Brooklyn; the inimitable Rubulad, and was promoted via word-of-mouth and limited card invite only. Kiss Factory was attended by over 600 people.

Monitors were placed throughout the space with live transmissions of images from both the ‘making of i, of k’ and the Superstar Screen tests which were mixed live by Sherry Shadow.

Shooting i, of k as the centerpiece of this event introduced the very process of filmmaking into the public sphere, embracing the key elements of chance and the chaos of production in the process (i, of k was the raison d’etre of the event and vice versa – money raised from the door would pay for the making of the film). 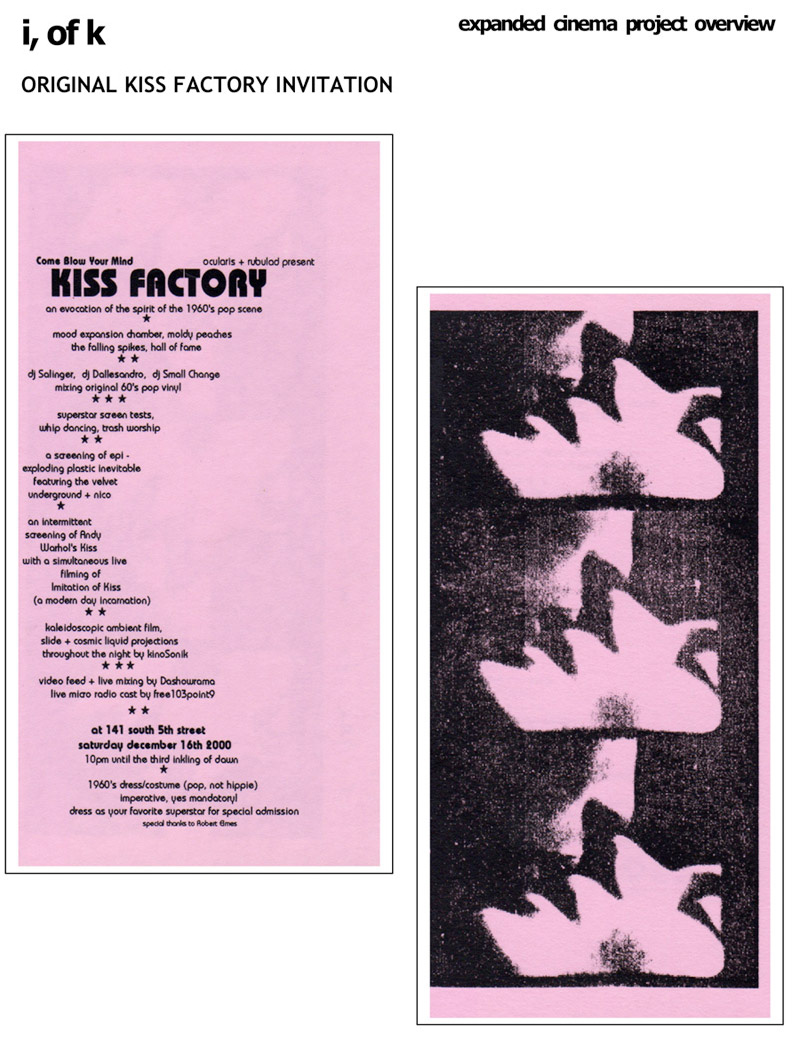 alternate in a split-screen dual projection where the film overlaps only at the
head and tail of each reel. Each film reel is approximately 3 1/2 min. long. 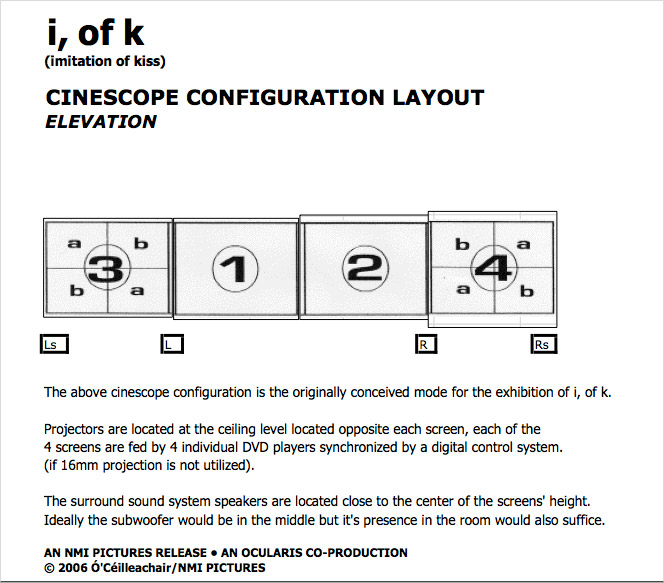 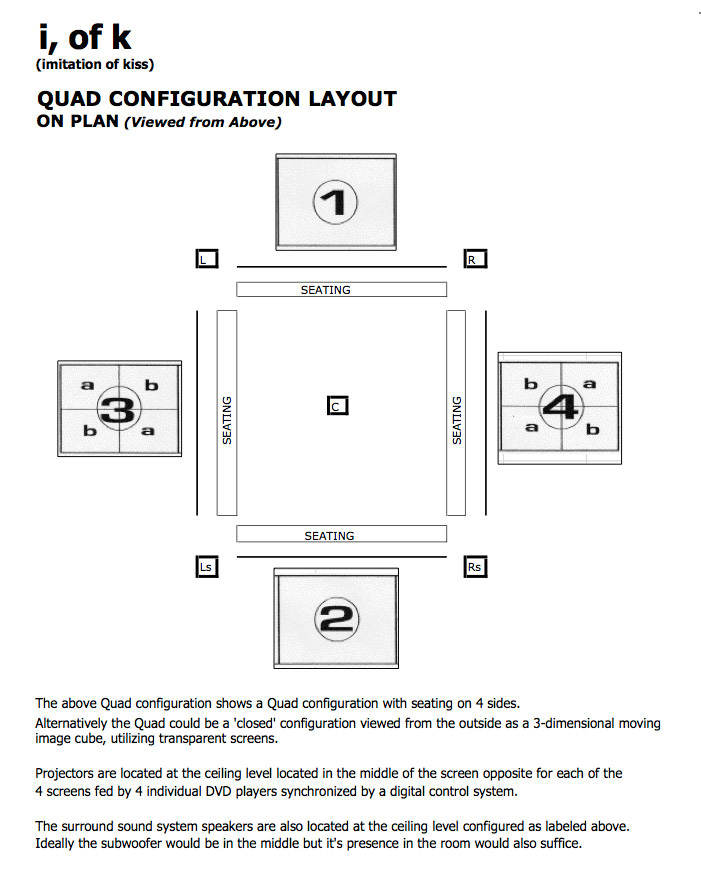 Produced in collaboration with Ocularis 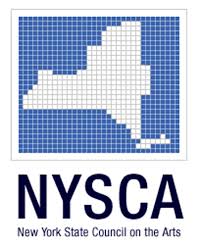