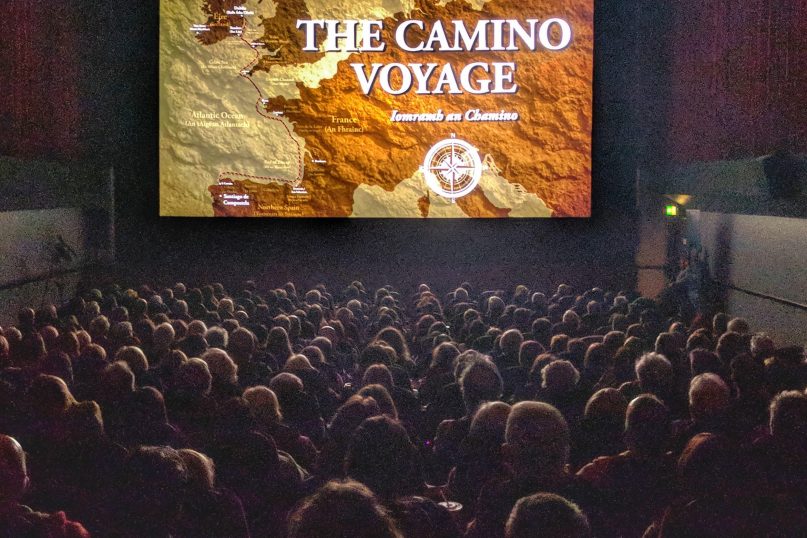 THE CAMINO VOYAGE has been invited to be the Opening Night Film of the 2018 IRISH SCREEN AMERICA FILM FESTIVAL in NYC.

The festival will be attended by the Director and members of the crew who are currently up in Cape Breton making two new Naomhógs as part of the Celtic Colours Festival.

It has been a hectic festival screening season with sold-out screenings in Dublin, Galway, Cork and Belfast and tickets for the NYC premiere are already almost sold out.

Plus we continue to receive wonderful praise for the film:

‘Bravo!  An unforgettable blend of music, muscle power and persistence on the long and gruelling sea road to Compostella’ Tim Severin, The Brendan Voyage”

Here’s a link to an excerpt from the Q&A The Camino Voyage Pull Focus Festival from Belfast Film Festival on Vimeo.