THE CAMINO VOYAGE
An Epic 2,500 km Modern Day Celtic Odyssey
A crew including a Writer, two Musicians, an Artist and a Stonemason embark on the Camino by sea, in a traditional boat that they built themselves on an inspiring, and dangerous, 2,500 km modern day Celtic odyssey all the way from Ireland to Northern Spain.

Praise for the Film:
★★★★★
“A heartwarming, spirited documentary that should not be missed”
Paddy Kehoe, RTÉ Guide

★★★★ “Delightful”, “One of “Six Of The Best Films To See At The Cinema This Weekend”
The Irish Times

★★★ “Packs One Hell of An Emotional Punch ”
The Herald

“Reflects the Spiritual Power of The Experience”
The Times

“One of the Most Beautiful Films I’ve Ever Seen”
Actor, Paul McGann

“Compelling,  a communal and seminal achievement.”
No More Workhorse

“Beautiful in its entirety”
John Brierly, Author of ‘A Pilgrim’s Guide to the Camino de Santiago’

“Ceann nach féidir a chailleadh (One Not to be missed)“
Tuairisc.ie

“A Brilliant portrayal of what’s worth living for”
CoastalBoating.net

RENT OR BUY ONLINE – Click on the image below

You can also Rent or Buy it via VOD/Streaming from:
Amazon.com (USA)
Amazon.co.uk (UK)
iTunes
Google Play

In Ireland, in Dublin the DVD can be purchased at
The IFI Film Shop,
Tower Records
and nationwide in Golden Discs Shops.

You can also order online from
Amazon.com (USA)
or Amazon.co.uk (UK)

Inspired by such accounts the Irish Writer & Poet Danny Sheehy and his crew embarked on a 500km journey in 2012 to the Abbey of Saint Colmcille in Iona, Scotland.

This was one of many sea journeys for the crew.

For hundreds of years people sailed from Ireland to A Coruña in Northern Spain and walked the camino to Santiago de Compostela from there. In 2014 this inspiring crew began their own version of this historical voyage in their own handmade traditional boat, called a ‘Naomhóg’.

Pulling into coastal towns and villages en route, camping and cooking as they went – this eclectic crew forged many new friendships; surprising those they met with a boat that seems to come straight out of the middle ages.

This tiny boat against the backdrop of the vast ocean struck a chord in peoples’ imaginations all the way along the voyage.  Every community that they have connected with en route opened their doors – and their hearts – to this crew, and the men have in exchange, inspired them with their courage, endurance, storytelling, music, poetry and song in a coming together of people in the most fundamental and ancient of ways.

This intimate documentary charts the trials and tribulations of a voyage that in the words of Danny Sheehy, took “sweat, blood and blisters to complete while deepening and renewing friendships, creativity and spirituality in the process”.

I gComhluadar le / In Association With PHOENIX FILMS

THE CAMINO VOYAGE ran in Irish cinemas over 7 months from November, 2018 to June 2019. It was THE TRISKEL cinema’s most popular title ever returning for a record 6 runs since its release.

Pairing with ACCESS cinema ensured that we brought the film to an additional 40 venues around Ireland throughout 2018, 2019 with screenings right through 2020.

Internationally we paired with DEMAND films to bring the film to cinemas across the USA, Canada, UK, Australia & New Zealand.

Plus THE CAMINO VOYAGE was IFI INTERNATIONAL’s most popular title in 2019 featuring in over 40 Internatinal film festivals and being translated into multiple foreign languages including Spanish, Portuguese, French, Arabic & Russian and winning 5 awards in total.

THE CAMINO VOYAGE is now available on DVD domestically and internationally and streaming worldwide on all major streaming platforms through Doco Digital in the Netherlands and Indiegenius in Spain. 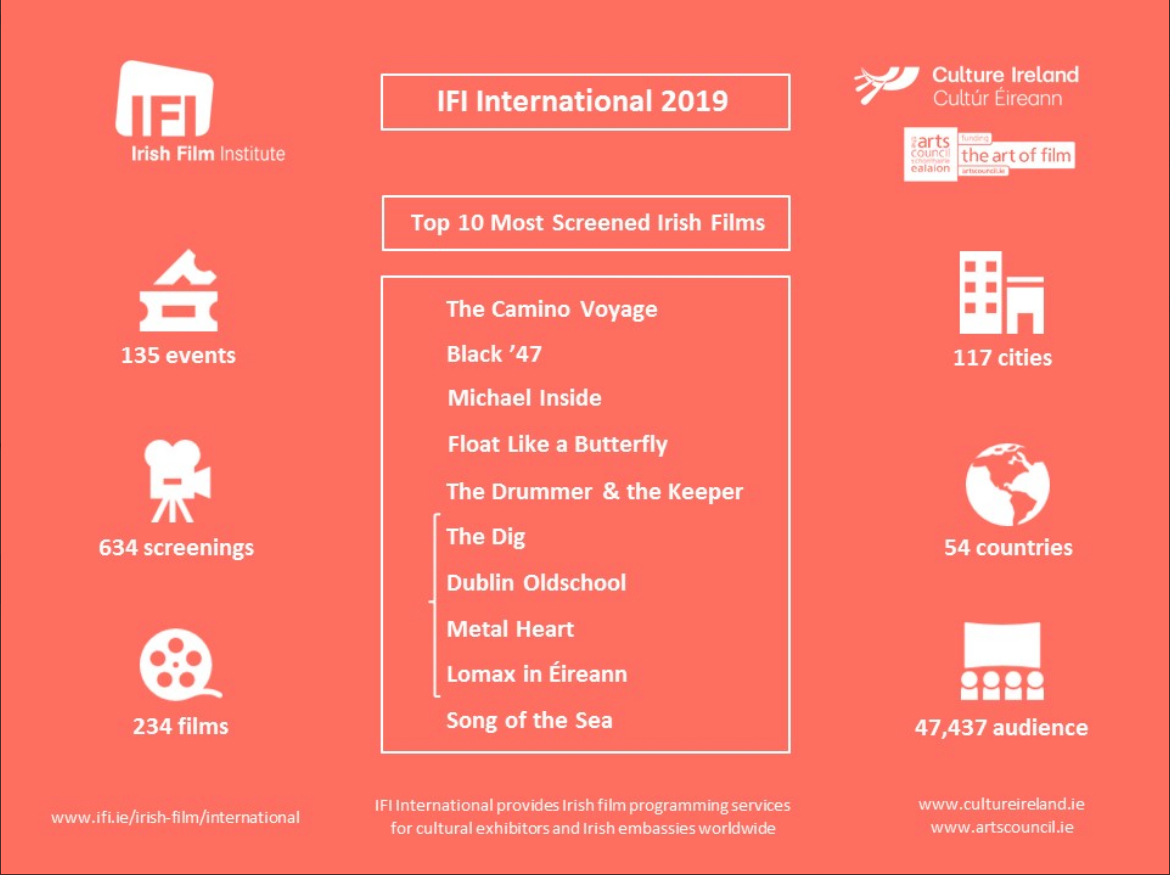 Press:
★★★★★
“A heartwarming, spirited documentary that should not be missed”
Paddy Kehoe, RTÉ Guide

★★★★
“Delightful” , “One of “Six Of The Best Films To See At The Cinema This Weekend”
The Irish Times

★★★★
“A fascinating tale of faith and brotherhood”
The Irish Examiner

★★★ “Packs One Hell of An Emotional Punch ”
The Herald

“Reflects the Spiritual Power of The Experience”
The Times

“One of the Most Beautiful Films I’ve Ever Seen”
Actor, Paul McGann

“Compelling,  a communal and seminal achievement.”
No More Workhorse

“Beautiful in its entirety”
John Brierly, Author of ‘A Pilgrim’s Guide to the Camino de Santiago’

“A Brilliant portrayal of what’s worth living for”
CoastalBoating.net

“Ceann nach féidir a chailleadh (One Not to be missed.) ”
Tuairisc.ie

“An exceptionally powerful and moving documentary! One of the most heartwarming and spiritual films I ever saw. Zen isn’t mentioned in it, but I felt that this is a Zen film to the core …. “
Alice Potz, St. Peter’s University

“Truly inspirational; a profound and moving account of a ‘path of stars’ journey by water. A spiritual adventure that will move you to tears and open your heart.”
Veronica Goodchild – Author of Songlines of the Soul

Download The Quad Movie Poster Here: Camino Voyage Quad Print
(For the smaller version, drag picture below to your desktop) 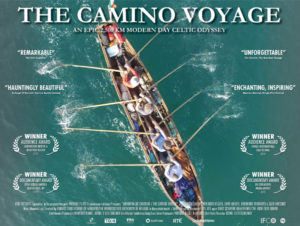 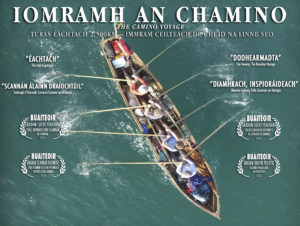 Download The A3 Size Portrait Movie Poster Here: Camino Voyage A3 Portrait Print
(For the smaller version, drag picture below to your desktop) 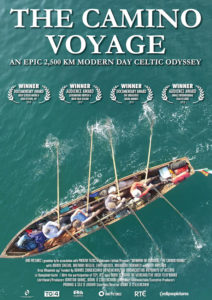 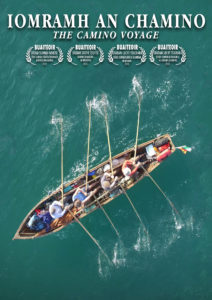 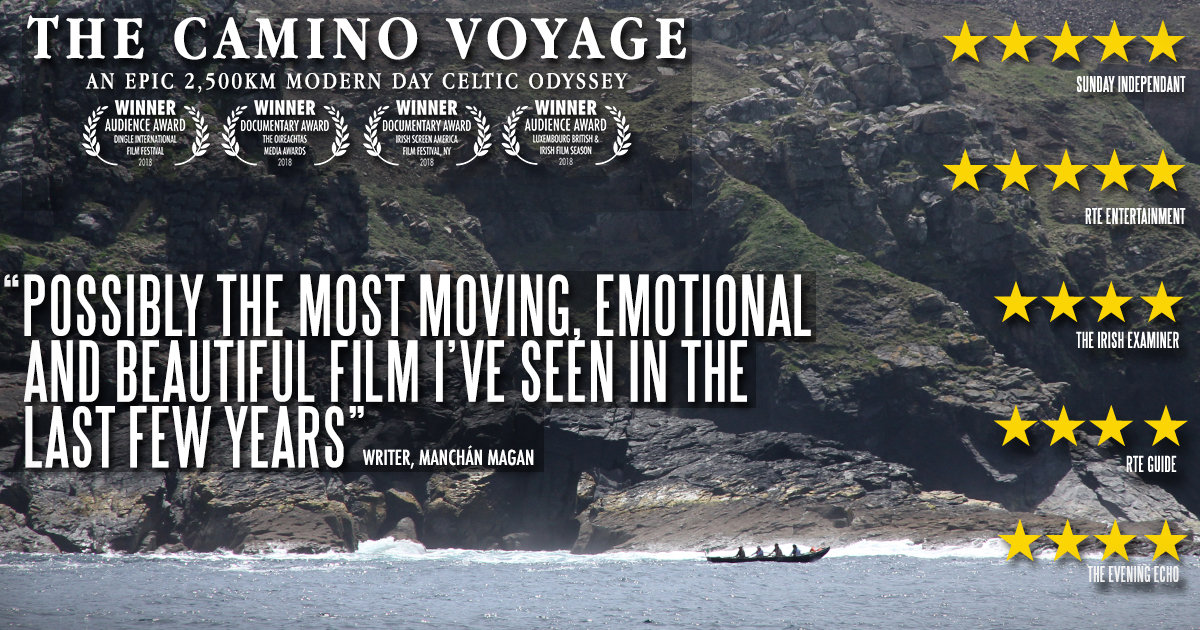 To download the Press Stills below please click on the thumbnail, then right click on the larger image and save as. For the smaller version, drag picture below to your desktop.
(Please be sure to credit photographs “Courtesy of Anú Pictures or Patricia Moriarty” where indicated on the photo file name) 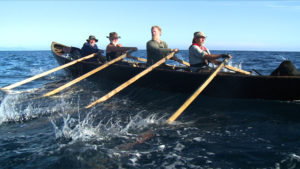 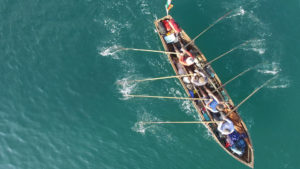 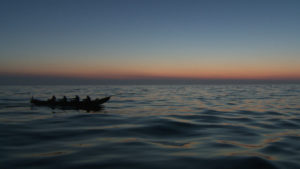 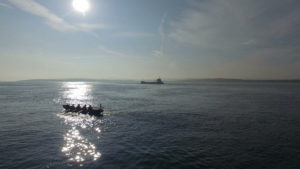 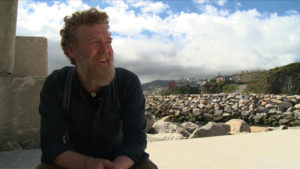 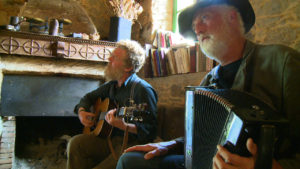 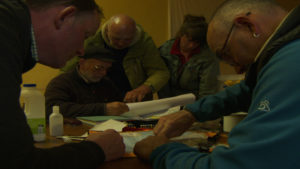 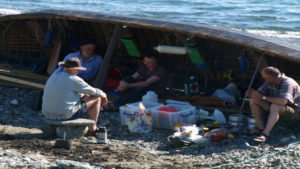 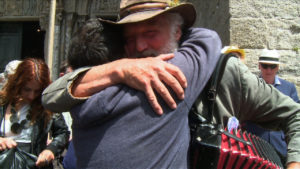 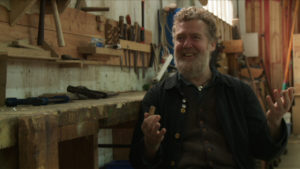 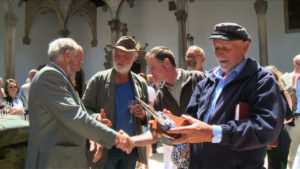 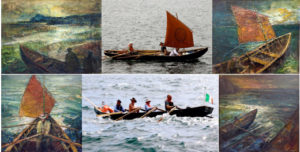 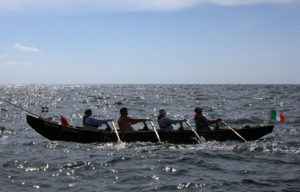 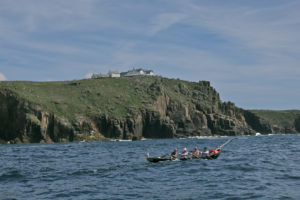 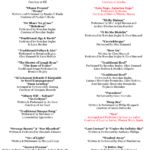 Music is such a central part of THE CAMINO VOYAGE that we’ve created a Spotify Film Soundtrack Inspired Playlist of music by Artists featured in the film.

Take a musical tour through the Celtic cultures of the Western Atlantic Seaboard – that’s what we did on this voyage – and you’ll discover that a 13th Century Galician Cantiga makes a lot of sense alongside the latest Glen Hansard tune.

THE CAMINO VOYAGE is now available to purchase worldwide via DVD and Streaming – click on the Purchase Tab above.

All enquiries regarding International Sales & Distribution (including Broadcast, Educational, VOD etc.) can be made to NITV, Dublin: Sadhbh Murphy <sadhbh@network-irl-tv.com>

THE CAMINO VOYAGE is available for cinema screenings internationally in the US, Canada, UK, Australia & New Zealand through DEMAND FILM.

DEMAND FILM is a new form of distribution that brings films to Select Cinemas where there is a demand for it.

You can register to see – or request – a screening in your area via the DEMAND FILM website here: https://thefoyer.demand.film/the-camino-voyage

For the rest of the World (outside of USA, Canada, UK, Australia & New Zealand):

All other enquiries regarding International Theatrical/Cinema/Online Screenings can be made to NITV, Dublin: Sadhbh Murphy <sadhbh@network-irl-tv.com>

All other enquiries regarding International Cultural/Festival Screenings can be made to Eleanor Melinn at IFI (Irish Film Institute) International e: <emelinn@irishfilm.ie>

Enquiries regarding booking Cinema Screenings in Ireland can be made with the distributor Eclipse Pictures: Claire Dunlop <claire@eclipsepictures.ie>

For regional/local screenings If you have a Cinema Club in your area in Ireland you can ask them to book a screening via Access Cinema: http://www.accesscinema.ie/ 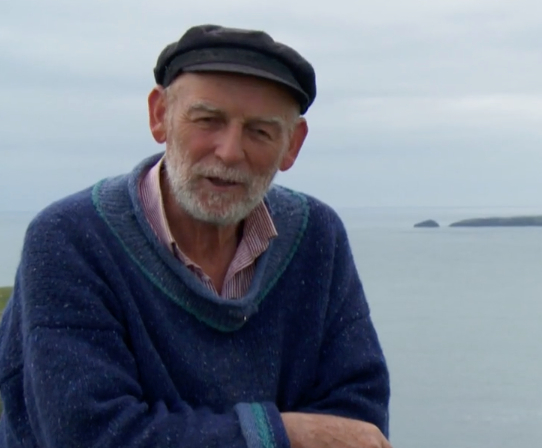 Danny Sheehy (Domhnall Mac Síthigh)  (1951-2017) was a prize-winning storyteller and poet, a farmer, an author and a fisherman. His book chronicling a sea voyage to Iceland following the path of St. Brendan Iomramh Bhréanainn MMXI (The Brendan Voyage 2011) was published in 2013.  As he continued this Naomhóg journey south in 2017, Danny tragically lost his life when the Naomhóg overturned.   Danny’s generous heart and adventurous spirit touched countless lives. Ar dheis Dé go raibh a anam dílis. 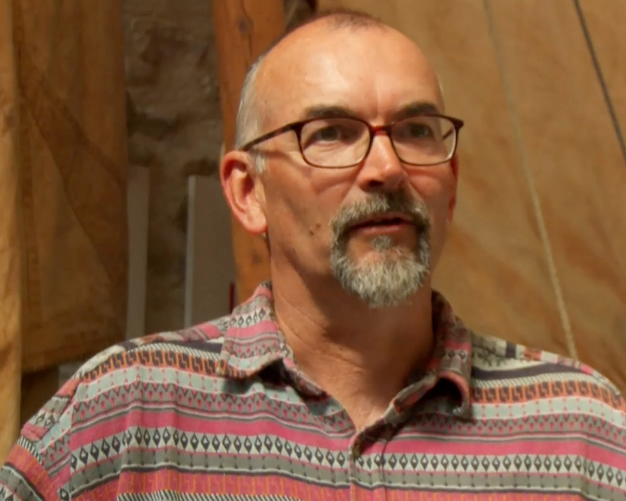 Liam Holden is an artist who developed a love of the sea that has had a profound influence on his creative journey as a painter; the sea and the Naomhóg have become the primary subjects of his paintings over the past few years. Liam also learnt the craft of Naomhóg building, and with Danny built the Naomhóig na Tinte (The Boat of Tents) for this voyage. www.liamholden.com 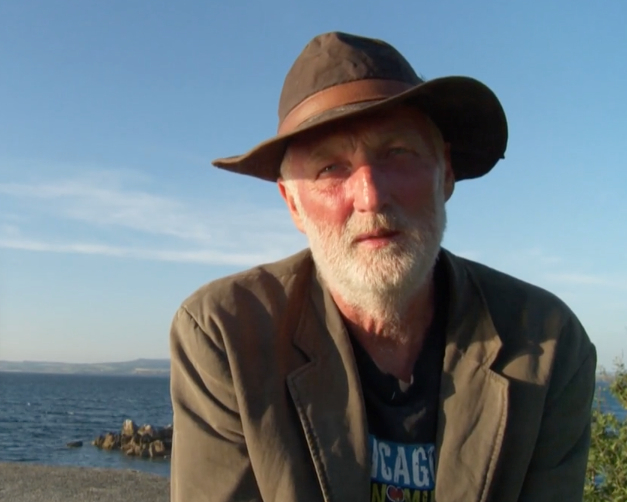 Brendan Begley (Breanndán Ó Beaglaoich) was born into a famous musical family and soaked up the music and song of West Kerry from an early age. Breanndán is a major figure in Irish traditional music and clearly states that “his music could not exist were it not for the mountains, seas and storms of his native Dingle Peninsula”. 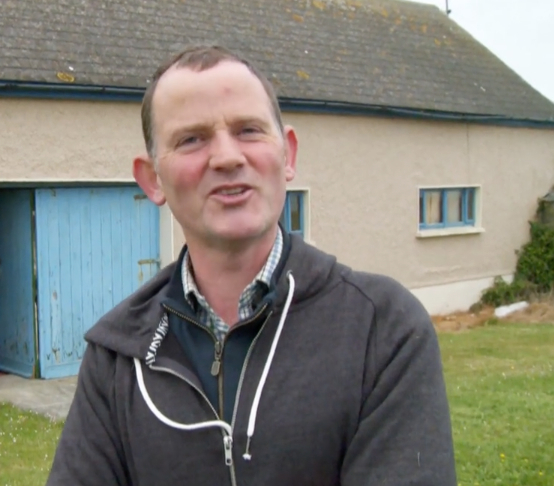 Breandán Moriarty (Breanndán Ó Muircheartaigh) is a stonemason and folklorist from the Dingle Peninsula and a relative of renowned Irish poet and philosopher John Moriarty. 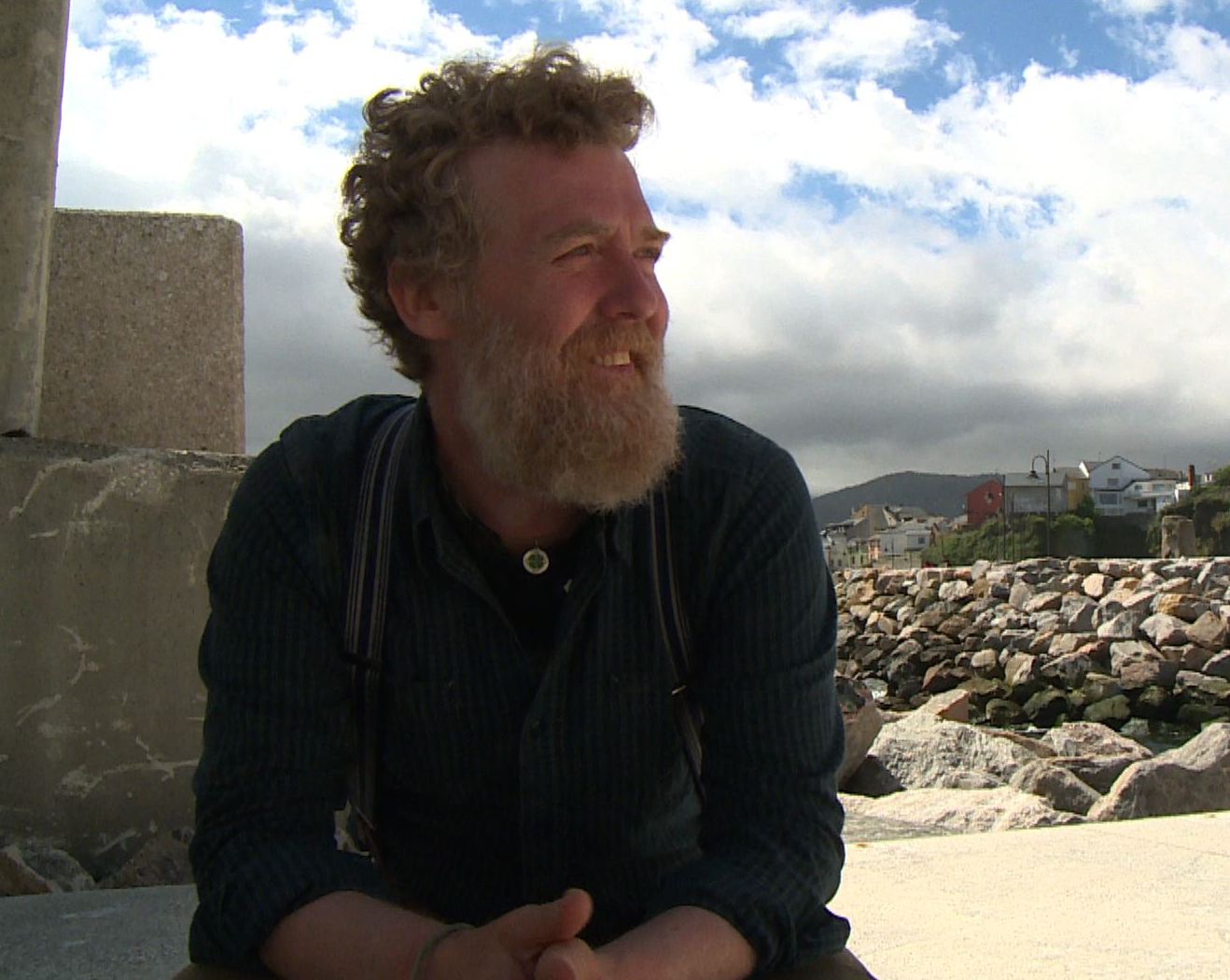 Glen Hansard Oscar-winning Singer-Songwriter Glen Hansard joined the crew as substitute for Brendan Moriarty who was unable to make it for the entire 2016 leg of the Camino.  Glen volunteered for duty only weeks before the 2016 journey began and although he had never rowed a Naomhóg before he was quick to learn the ropes; the blisters on the palm of his hands a testament to his dedication to a whole new mode of being. www.glenhansardmusic.com 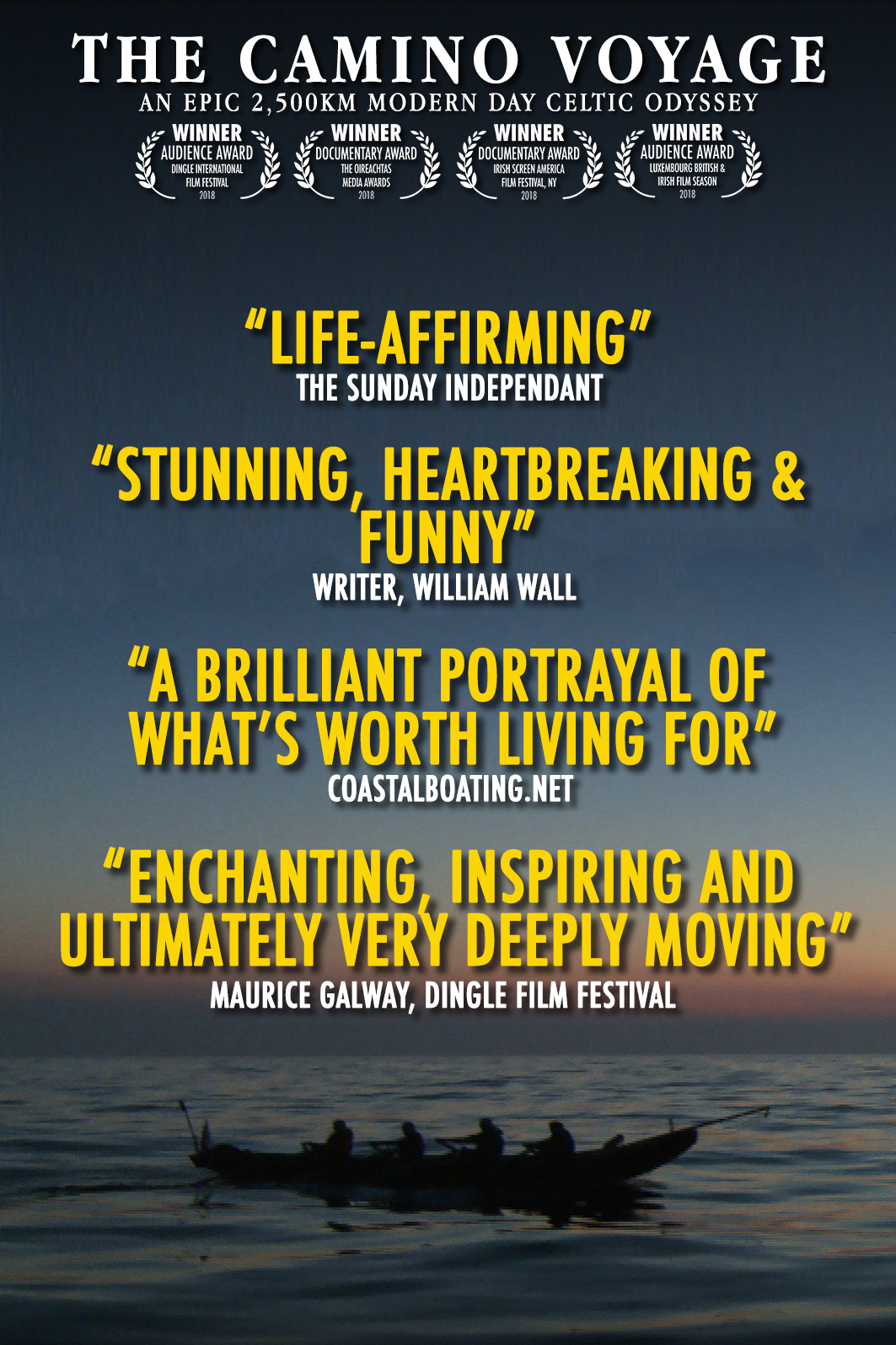